Several things are coming together to give me a direction to go in next. I have been interested for some time in Indian Folk Bronzes. These are mostly images of Hindu Gods used on traditional household altars. They are informal, yet have the same value and symbolism as “high” temple art. The difference between these and the others is only of context. 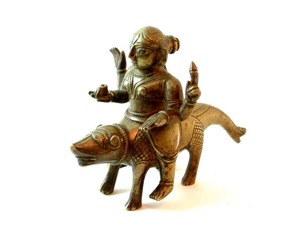 I have been wanting to do work that is more spontaneous. After my last project which was over a year in length, nice as that was, I think I need to loosen up with some quick and smaller things. A little more expressionist, not so engineered and analytical. I’ve some things like this from before, nicely gestural and lively. 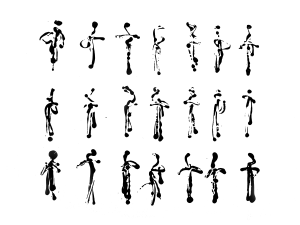 I recently met an artist with a personal bronze foundry he built for himself. I proposed to work with him on his pours in exchange for the chance to do some of my own work there. He has generously invited me access to his studio.